Don’t worry! You don’t need to study vast amounts of chemistry books in order to understand pH in relation to keeping aquatics. In this guide we’re going to break down the basics of what pH is, as well as discuss why it matters, what the optimum levels are and how to control it.

The chemistry involved in understanding pH, acids and bases can get very complicated at times, so we’ll stick to the basic information in the main part of this guide. For those wanting to delve a bit further, there are some sections labelled ‘Extra Info’, where we go a into the nuances of water chemistry.

pH is the measure of how acidic or basic (alkaline) a solution is. It’s measured on a scale from 1 to 14, with 7 being neutral (being neither an acid or a base), below 7 is acidic, and above 7 is basic.

Extra info - What does pH stand for?

It can seem odd to see pH written down with a lower case ‘p’ and an uppercase ‘H’, but there is a valid reason for this. The ‘H’ in pH refers to Hydrogen, and because it refers to an element, the first letter (or only letter in this case) is written as an uppercase letter (This is also why Carbon Dioxide [1 x Carbon & 2 x Oxygen] is abbreviated to CO2 and not Co2 as this would denote a pair of Cobalt [Co] atoms!).

There is still some debate in the scientific community as to what the ‘p’ stands for in pH (even though it’s been in use for over 100 years!). Arguments for what the ‘p’ stands for include ‘power’, ‘potential’ and even just ‘per’. History points to the fact that the chemist who devised the pH scale (Danish chemist Søren Peder Lauritz Sørensen) used a ‘p’ to label his hydrogen or positive electrode (and ‘q’ for his negative electrode) when conducting experiments.  In reality, it doesn’t actually matter too much as they’re all quantitative terms (measurements) referring to how much Hydrogen is present. At least there is no confusion as to what the H stands for!

When we talk about pH we are actually talking about how much ‘free Hydrogen’ is free within the water (H+) in relation to how much Hydroxyl (OH-) is in the water. When we have an equal ratio of H+ to OH- within water, then we have a neutral solution (pH7). If there is more H+ than OH- present, then the solution is classified as acidic. Vice versa, if there is more OH- present than H+, then the water would be basic. It’s worth noting that H+ can, and does also bond to H2O to create H30+ or a Hydronium ion. Some books and chemists will talk about Hydronium rather than just H+, as both can be present, and both can change between the two constantly, depending on acids and bases present. 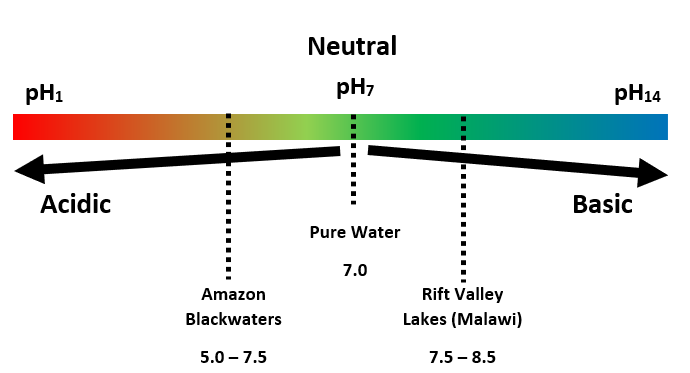 The pH scale is a type of logarithmic scale to the power of 10 (This is the same type of scale as the Richter scale, which is used to measure earthquakes). This may seem very complicated, but in essence it means that the difference between each number is actually a 10x difference.

Alkaline and basic are not necessarily the same terms and they shouldn’t always be used interchangeably, although the line between them is quite confusing to many. All alkaline solutions are basic, but not all base compounds are alkaline. Simple right?

Without delving into theories of how acids and bases work (there are several) the best way to summarise the differences are;

Don’t worry too much, it’s understandable to mix these two terms up, and when talking about aquarium water parameters, both terms are quite often used interchangeably by aquarists and product manufacturers.

All species of fish, invertebrates, plants, and bacteria, will have a preferred range of pH at which they can survive. For some species this might be a wide range over several pH values, whereas for other species it may be a narrow band.

It’s important to remember there is a difference between surviving and thriving! Just because a particular species of fish may be able to survive at a certain pH, it doesn’t mean that this is in their optimum pH range.

What level of pH is best?

This depends greatly on which fish you want to keep. Take these two examples. 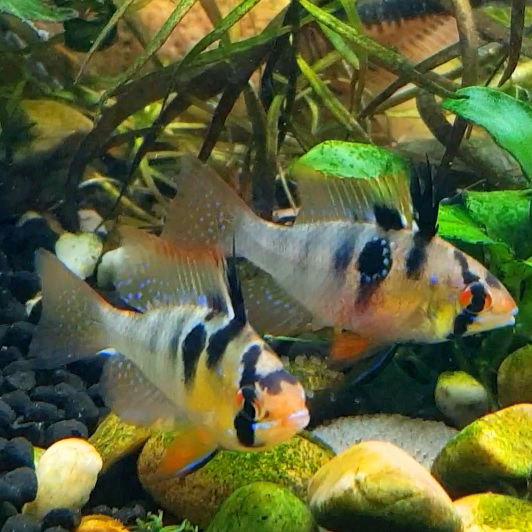 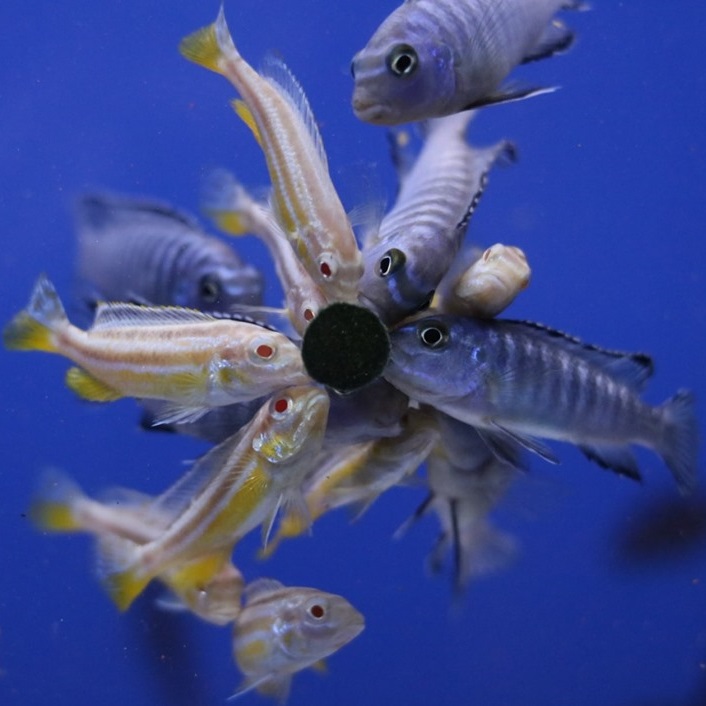 These two species of fish live in two very different pH ranges. You simply would not be able to keep a Malawi cichlid alive and healthy in acidic water, and vice versa for the Ram in an overtly high alkaline aquarium.

Obviously, pH is not the only parameter that matters here, as hardness (KH & GH), and others, need to be taken into account to maintain the right environment for each species. Note – captive bred aquarium fish are, in the vast majority of cases, much more tolerant to different water parameters, such as pH, than their wild counterparts. Always ask your local fish shop about the best parameters for fish before you buy.

What determines my pH?

The pH of pure H2O will be 7 and therefore neutral. The amount of acidic and basic (alkaline) compounds will determine the pH. Tap & aquarium water are more than just pure water with one or two compounds dissolved in, there is a multitude of compounds present, all playing a tug of war on the pH value.

Tap water before it even goes into an aquarium, may have certain compounds dissolved in, such as calcium carbonate, sodium bicarbonate, humic acids etc. This is why it’s important to always test your tap water alongside your aquarium/pond.

Can I change the pH of my water? How?

The best first step is to test your tap water to see what you’re working with. Some sources of tap water will favour keeping certain setups straight away (you still need to condition tap water).

For example, in East Yorkshire, we have fairly hard tap water (high GH, KH and pH). This is favourable for keeping Malawi cichlids once it has been conditioned to remove chlorine and other harmful chemicals.

It goes without saying that it is far easier to not have to change your pH, but, if you need to change it, then it’s important to do it safely. Always make sure that if you are going to alter your pH in an aquarium with livestock in, that you do it gradually, otherwise, you risk stressing your fish or even killing them.

Buffers and regulators are the most precise way to alter pH. This is because the formula is not only consistent from bottle to bottle of the same product, but also because the quantities added can be measured with ease. When using buffers, it’s important to research which one will be best for your setup. For example, some buffers are phosphate based, meaning that they are ideal for aquariums with low light (Excessive phosphates may cause algae problems) and will act strongly to maintain a set pH.

Contrarily some buffers are carbonate/bicarbonate based, meaning that they work by increasing, or decreasing the carbonate hardness (KH) of water. These are best used in planted aquariums as excess carbonates are converted to a carbon source for plants when removed. The downside of these type of buffers is that they will not stop pH fluctuations as much as phosphate-based buffers.

Wood and other botanicals (Catappa leaves for example) leach tannins and humic acids as they breakdown. This is what causes the brown-yellow stain in water. These chemicals are a mild acid and will, given there is enough quantity and time, acidify water. Planting medias that contain organic sources of nutrients may leach humic acids as botanicals do. Usually, this is very minor and can be beneficial to plants.

A very natural, albeit not a precise approach to raising pH. Coral stone and other limestone-based stones can be used in several ways. These stones can dissolve compounds such as calcium carbonate (CaCO3) into the water, which will in turn, raise the buffering capacity of water. The quickest approach is to use crushed coral stone within filters to speed up dissolution of the calcium carbonate. A more laid-back approach is to simply place these stones within the aquarium. The longer these stones stay in the water the more they will leach out. Coral stone will also raise carbonate hardness (KH) and general hardness (GH). 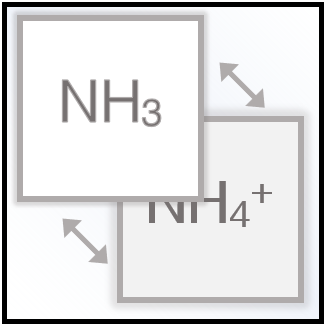 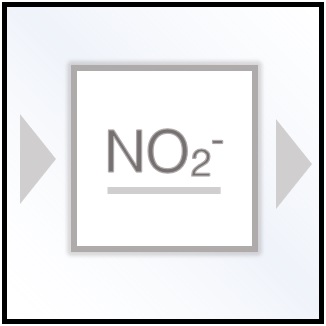 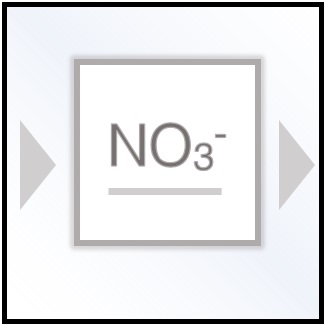 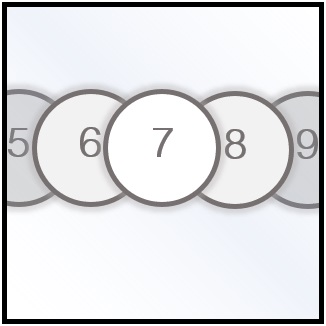 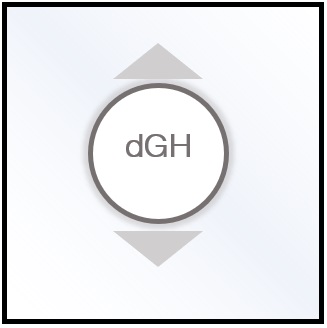 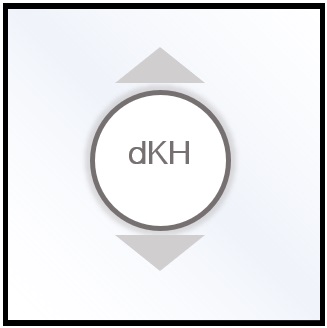